It all went horribly wrong as soon as I needed to use the toilet. Of course it did.

I’d held it together until then. I’d survived 2 months of solo travel through East Africa, having men shout at me and try to grab at me on the local matatu buses in Nairobi. I’d braved 2 weeks of living in a village without electricity or running water, learning how to draw water from a well and do all my business in a squat toilet. I’d volunteered for an NGO, working alongside inspirational individuals in harrowing conditions, every day exposing me to previously unimaginable levels of poverty. East Africa challenged me more than any place I’ve travelled before or since, and I was unable to shape my experiences into something I could understand. The knots of certainty that tied together my knowledge and expectations about the world had been shaken loose, leaving tangled strands of doubt drifting through my mind.

It wasn’t until the final few days of my trip, whilst on an organised safari of all things, that I finally came undone.

Determined to push aside my uncertainties and enjoy my final days in Tanzania, I’d arranged a trip to the legendary Ngorongoro crater: 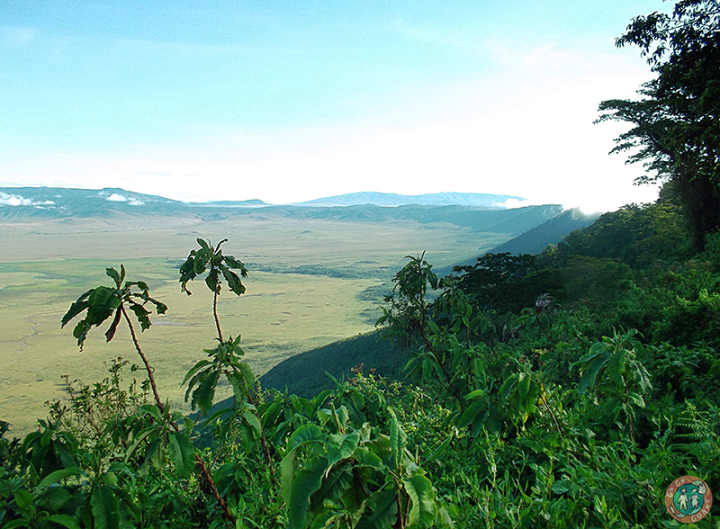 Rising at 6am in preparation for the long drive into the savannah, I’d held it together during the 7 hours we spent in a jeep without seatbelts. With nothing to hold me down, my head crashed painfully into the jeep roof whenever we went over a bump in the rough, unfinished road. I’d held it together as we drove past poverty-stricken villages, my stomach churning with guilt and helplessness as I imagined the conditions inside. I’d even held it together when we pulled up at our camp in the scorching sun, and I realised I was out of drinking water. Our guide still had several water bottles left over from our lunch, and I asked if I could have one.

“Err, no I don’t think so” came his quick reply.

I was momentarily stumped. He’d been freely offering out the same bottles earlier in the day!

He declined me again. Mumbling vaguely, the guide started to walk away, taking all the water with him.

He didn’t even turn around. Grunting in exasperation, I marched to my tent, only to hear the water man call after me, “Hey, just like, chill out… there’s no hurry…”

No explanation and no water came my way. I took a deep breath and continued walking, distracting myself by unfurling my sleeping bag inside my tent. Aside from the clothes I was wearing, I’d brought very little with me for the 2-night trip, so I had nothing else to unpack.

Storm clouds rolled in as the sun finally set, cutting through the heat of the day. We had a long, slow dinner in the simple dining hall, raindrops landing with dull metallic thuds on the corrugated iron roof. I’d finally been able to buy drinking water, and I was happily gulping it down as I chatted to a group of Mexican backpackers over dinner. We were excited, speculating about the animals we might see tomorrow as we greeted sunrise in the Serengeti national park. 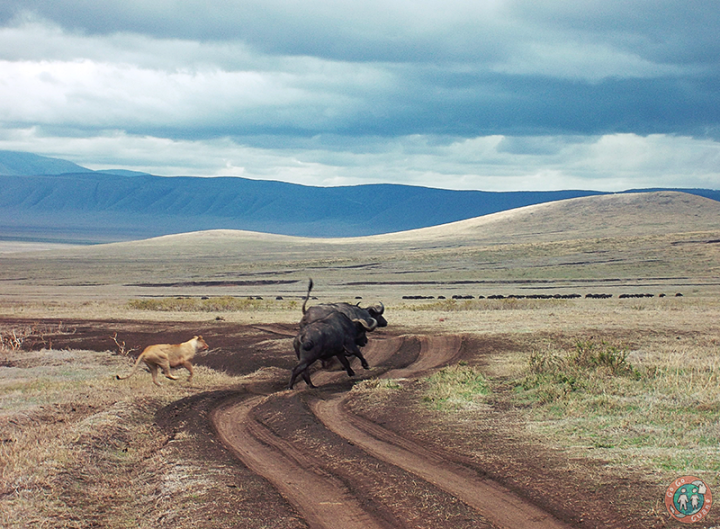 The only downside to finally being able to hydrate? I needed to pee. And I had foolishly not investigated the toilet situation before sunset.

Still, I was an optimist. It was only a few metres to the toilet block. And it was an actual toilet block! No peeing in the bushes for me, I thought to myself, as I navigated the falling rain with the dying light of my headtorch.

The dim bulbs swinging above the wooden dining benches were the only electric lights in the camp, and the soft glow emitting from these bulbs quickly faded as I took a few tentative steps away from the mess hall. Even the noise of my fellow travellers was quickly muted by the steady rain, obscuring my senses and making me feel quite alone in the dark night.

There was no path through the campsite, and my flip flops were slipping dangerously on the wet muddy grass. As soon as I came to a downhill slope, I slipped. It was almost comical. My feet skidded out from underneath me and I landed on my bum with a thud, scrambling for purchase on the wet grass. My head torch flew off, and as I lunged to grab it I lost my balance again, sinking my hands into the soft mud in a clumsy attempt to break my fall.

Soaked and filthy, my frustrations of the last 2 months poured out. I let rip a stream of expletives that would make a Hell’s Angel blush, as I desperately tried to leave this hellish incline. At last, I stumbled into the toilet block, shining my torch around the pitch black room. The beam of my headtorch illuminated the mud caking my hands and arms as I fumbled to turn on the nearest tap. But the tap was busted; not so much as a drop of water came out as I span the handle around again and again. I tried the next one, and the next… and they all came up dry. I dimly remembered overhearing something as I arrived at camp, preoccupied with the water bottle fiasco; the camp water supply had been interrupted. Not only were my hands, arms, face and my one set of clothes covered in mud, but there was no running water to clean myself.

I checked around the outside of the building for taps, and inside all the toilet cubicles, but the simple squat toilets offered no help. As I squatted down over the basic toilet facilities, my hair swung stiffly into my face, and I realised in dismay that even that was somehow caked in mud. And of course, there was absolutely nothing I could do about it.

After an interrupted night’s sleep, painfully aware of how much dirt I was transferring into my sleeping bag, I sheepishly approached the dining hall for breakfast. I’d tried cleaning my hands with antibacterial gel, succeeding in swirling the muck into strange patterns on my fingers and palms. I had already drunk nearly all my drinking water, and after splashing a tiny amount onto my hands, I’d panicked, imagining if I had more problems buying water today.

“This is how I live now.” I thought to myself, as I approached my group of Mexican friends, sitting at the same table as last night. 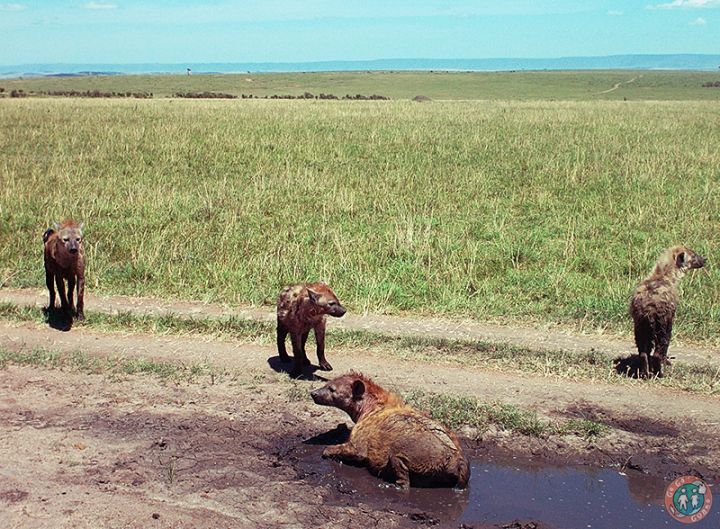 Everyone at the table looked annoyingly clean as they ate breakfast with their hands. Of course, there was no cutlery in this culture. Of course I would have to eat with my filthy mud-creature hands.

The group stopped eating and looked at me cautiously.

Are you… okay?” they asked tentatively, too polite to directly ask why the hell I was caked in mud.

Umm, yeah…” I mumbled. “I kinda fell over in the rain last night.”

“We heard. You sounded quite… unhappy?”

I was unsure if this was a polite euphemism or the result of a limited English vocabulary. If by “unhappy” they meant “disproportionately angry at the whole damn country”, they’d be right.

I felt my cheeks burning red as I imagined these mild-mannered Mexicans overhearing my furious tirade last night. Fortunately, the mud disguised my embarrassment, and I tried to laugh it off. In that moment, there was nothing to do but continue with life as usual. I pulled up a seat and broke off a chunk of chapati with my dirt-encrusted hands.

“2 more days,” I thought to myself, as a gentle coating of dirt fell from my hair and landed in my breakfast. “2 days until I can go home and try to make some sense of all this.” I desperately needed time and space to start sifting through the dense tangle of experiences overwhelming my mind, to draw together the horrors and the beauty I had witnessed into some sort of whole. But most of all, I needed a freakin’ shower. 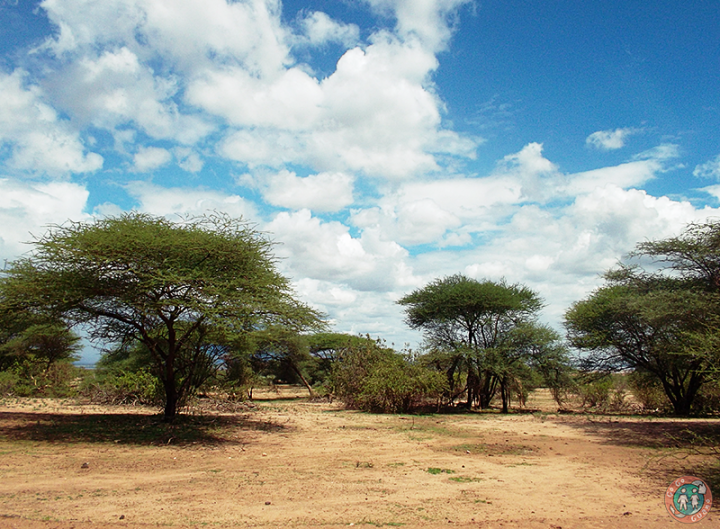